What is Osteochondritis Dessicans (OCD)?

OCD in dogs is an orthopedic condition in which the cartilage in a growing joint fails to develop normally. OCD can occur in any joint, and is especially common in the shoulder. As a dog grows, cartilage is gradually replaced by bone, a process called endochrondral ossification. In dogs with OCD, this process is disturbed – cartilage continues to be created, but isn’t replaced by bone. This leads to an overgrowth of abnormally thick cartilage, which isn’t as strong and resistant to force as bone. The excess cartilage can detach from the bone, forming a flap. If one of these flaps breaks off, the loose cartilage fragment can cause irritation of the joint, leading to inflammation and pain.
RETURN TO TOP

Osteochondritis Dessicans most commonly affects large or giant breed dogs, such as:

OCD occurs more frequently in males than females. Most animals begin to show clinical signs around 4-8 months of age, although some will present later, between 2-3 years of age.
RETURN TO TOP

What are the Signs of OCD?

The most common clinical sign of Osteochondritis Dessicans is lameness, often first noted after intense exercise and may be most evident after rest preceded by heavy exercise. Lameness may vary from barely noticeable, to the inability of the dog to bear weight on the affected limb. It might also affect more than one limb. There may be pain and swelling of the affected joint(s). The dog may also have a shortened gait, due to reluctance to fully extend and flex the joint, eventually leading to muscle wasting (atrophy).
RETURN TO TOP

How is OCD Diagnosed?

Your veterinarian can diagnose the presence of OCD with a complete history, physical exam, and radiographs. In radiographs of a dog with OCD, the head of the humerus will appear flattened. The presence of bone spurs, called osteophytes, are indicative of significant cartilage damage and the formation of a cartilage flap that is characteristic of OCD.
RETURN TO TOP

Why did my Dog get OCD?

Osteochondritis Dessicans can be attributed to several causes. Trauma, either acute or chronic, can cause injury to the surface cartilage, leading to separation of the cartilage, or can cause damage to blood supply, which triggers the cartilage flap formation. There is also a genetic component to the disease. Certain breeds and breeding lines are predisposed to OCD. Additionally, because OCD usually occurs during periods of rapid growth in the animal’s lifetime, it is believed that nutrition plays a role in the development of the disease. Diets that promote rapid growth, such as those especially high in calories and/or calcium, can therefore increase the incidence of OCD.
RETURN TO TOP

How is OCD Treated?

If detected early, OCD lesions can heal with rest and restricted diets. The dog should be fed a diet lower in calories and in calcium. Please note that it is important to talk to your veterinarian before changing your pet’s diet. Decreasing activity will reduce traumatic forces on the joint, and prevent the damaged cartilage from breaking off. Your veterinarian may also decide to put the patient on non-steroidal anti-inflammatories (NSAIDs). Healing should occur by 6 months of age, as long as the cartilage has not separated from the bone.

In more severe cases, such as those detected later or where the thickened cartilage flap has detached, surgery may be indicated. Active puppies that do not respond to conservative treatment may also be candidates for surgery. Surgical options include arthroscopic removal of the cartilage flap through a small incision in the skin, or traditional (open) surgery, in which an incision is made in the skin, and the joint is accessed by separating the surrounding muscles. The cartilage flap is then removed. Your veterinarian will help you decide which option is best for your pet based on his/her particular case.
RETURN TO TOP

How is OCD Prevented?

Osteochondritis Dessicans can be prevented by careful, selective breeding, taking precautions not to breed those animals with a medical or genetic history of OCD. Large and giant breed dogs should be fed balance diets that promote slow and steady growth. Strenuous activity should also be avoided in young, growing large and giant breed dogs.
RETURN TO TOP

What is the Prognosis for my Dog with OCD?

In patients where rest and restricted diet is indicated, healing should occur by 6 months of age, as long as the cartilage flap does not break off. Surgery is about 90% successful, meaning that most dogs regain normal function of the limb(s). Depending on what type of surgery your dog has, recovery takes between 2-8 weeks.
RETURN TO TOP 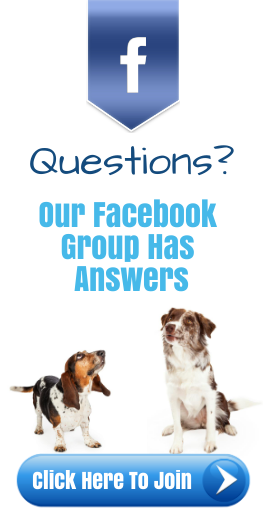 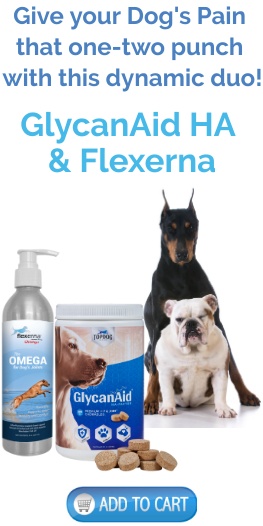